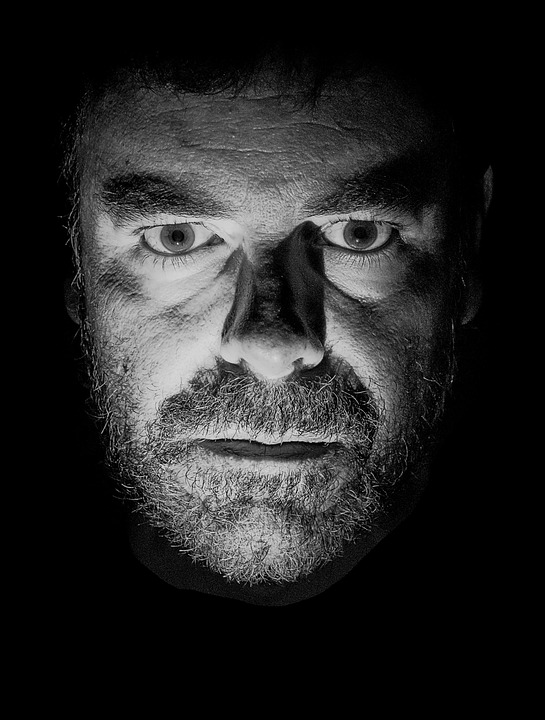 «The men of science suspect something about that world, but they ignore almost everything. The wise interpret the dreams, and the gods laugh».

—¡Now tell me!, Don Guillermino know that you know all the gossip that abound in the village, no one has stopped talking about that really. People are scared, they ice the bones to comment on this topic. As I do not have the confidence to ask others, I come to you because I know you know and I have great confidence, you are like a book.

—I told you boy that all I know about that is for Aura, who spends her time gossiping about this topic in the town, but since you’re so insistent, sit down, and I’ll tell you everything she’s told me and my opinion to the final.

Alejandro sat back in his chair, sitting forward, holding a huge, eager spark of interest on the subject. His brown eyes looked like they were going to come out and he was speechless with emotion.

Don Guillermino settled into his rocking chair, placed his metal jug with water on one side and lit a cigar of tobacco to relax his throat. Both were in front of the house of Don Guillermino. It was an incipient morning, the sun was just rising, when Alejandro arrived before the old man.

—What happened to Don Hector Ariete was something terrible and really strange, only three people saw him the night before to find him in such aberrant conditions, look that my hairs stop just thinking about how horrible his corpse was.

»Police investigators, criminal professionals from different parts of the country, including the capital, came with a desire to analyze the body and determine the cause of such a grisly crime, even bringing a foreign investigator to help them with the matter, but none of them he has been able to clarify the darkness of the mystery.

»Everyone in the town is terrified, since they think it is some monstrous creature that roams these lands feeding on people, however, it has been three days since the death of Ariete and has not heard or seen another similar case.

Don Guillermino paused to take a sip of water before continuing.

»But tell me Don Guillermino, —said young Alejandro—. What was his body?

—Oh! Where do I start, boy? —The old man continued with a face of horror and disgust— I was one of the few who saw him, in those horrible conditions. The skin on his arms and legs was open showing all his bones and joints. His torso was all stabbed and you could see with repulsion his visors and intestines coming out of his abdomen. His head was twisted, turned back. According to the experts, he had no sign of coagulated blood all over his body, as if he had been swallowed whole. Nor could they find any, tissue, filament or corpuscle, human or animal, that will help them solve this enigma.

—That’s horrible Don Guillermino, my stomach turns up just by imagining it, what kind of «thing» would do something like that? Said the boy, his face pale as horror.

—Well, the obvious thing is that an animal was not, none of the wild animals around here do that kind of thing. —The old man said before inhaling a sip of his cigar—. I am really inclined to believe that something beyond our knowledge was what committed this act so nefarious.

»The three people who saw old Ariete alive the night before they found him dead, did not say anything relevant in reality.

»The first was Virginia, his wife, who had arrived at eight o’clock that night to make dinner, since she had stayed at her housemate Iphigenia talking and drinking coffee all afternoon. She looked around the room and saw that her husband was resting very quietly, then went to the kitchen to prepare dinner.

»When he finished, he called old Hector to dinner several times but the man did not answer, he supposed he had fallen asleep so after eating her, he sat in the living room watching television. About a quarter to ten that night, Don Hector gets up from his bed without saying a word, takes his jacket for the cold and leaves, without even looking with Dona Virginia. She calls him strange and euphoric, but he does not respond. The man just rode his horse and went to the mountain.

»That unusual thing made Dona Virginia call her son Jorge, who is living in the city, about his father’s strange behavior.

»How strange, —the boy interrupted thoughtfully— What would have made Don Ariete act like that?

—That is a mystery that we will never know boy. Don Guillermino took several sips of water before continuing and offered young Alejandro a little so he would not be thirsty.

»The second person who saw the old fool was Gloria, the bartender, the girl had gone out to the back of the bar to rest for a few minutes while her husband and her assistant attended to the people, it was almost ten thirty at night.

»The girl sat in the chair that is always behind the bar, and began to contemplate the night horizon while smoking cigarettes. Suddenly, he noticed a dark figure move under the big tree that was fifty meters away from the bar. He could not identify that figure, but if the horse next to it and so he knew, that it was old Hector Ariete, because his horse was very unusual to be bigger and chubbier than the rest of the horses.

»According to Gloria, the old man was desperately digging the earth at the foot of the great tree and took out a large rectangular box, from which he could not say exactly if it was made of wood or plastic or its color. After a few seconds, the old man mounted his great horse and left there at full speed with the mysterious box. Then she went back to the bar and told her husband and her assistant what she had seen, and both of them looked at each other’s stunned faces.

—Wow! —Said Alejandro impressed— I wonder what will contain that box, did you manage to find it?

—From what I heard, no. The police searched the area where the body was found even further, but found nothing.

»They supposed that Gloria had seen badly and, having little clarity, believed she had seen a box, but she denied it. She swears by the beatitude of her late grandmother that what Hector Ariete took out under the big tree was a box, she believes in what she saw and supports him.

—And you, Don Guillermino? Do you think Gloria is telling the truth?

—Of course, yes! —Exclaimed the man— I tell you, I met the crazy Ariete since we were young, when we worked together working the land of the late Don Fausto Urdaneta forty seven years ago. He was always very strange, but with a very integrated personality.

—I Don Guillermino all this is so creepy and intriguing, that means, that the last person who saw Don Hector Ariete that night was my friend Luis.

—If he told me everything after the rumor had spread that they found the body of Don Ariete; He told me that he left that house annoyed that night because his parents were arguing, and so as not to get caught up in the lawsuit, he fled to the mountain and wandered around for a while.

»While I was in those parts contemplating the landscape illuminated by the stars, I saw clearly the old Ariete, crossing at full speed the plain on his enormous dark brown horse, and went towards the mouth of the moor, it was like eleven or eleven thirty He did not know how to tell me, but Luis was a little impressed, but he knew very well how everyone, that the madman of old Ariete always went alone to the strange wasteland.

—Oh, that wilderness! —The old man continued— people say that he is cursed. The muleteers have tried to move the animals there, as that would save them hours of walking, but every time they approached, the horses neighed and the cows mooed, all terrified, as if something sinister there threatened them to harm them. Only old Ariete and his horse dared to enter there and went very often.

—They say that the old madman of Ariete was a sorcerer, and that he invoked the devil in that wasteland. —The young Alejandro continued—.

—Various things have been said about what that demented man was doing there alone, what you say is one. Another was that he was going there to meet the creatures that live there, dancing pagan dances and desecrating sacred places like cemeteries to steal the remains of the dead, who knows what diabolical ends. But that is another thing we will never know.

»The old man’s body was found by peasant farmers who were on their way to work, when suddenly they saw something that looked like a broken pig. They approached to find out and they realized that it was a person.

»They ran horrified towards the town and told several people what they had seen, among them was me, and we accompanied them to what they had found. My God Alexander, I wish I had not gone to see him!, I swear that my stomach was going to come out of my mouth, I had never seen anything like it in my life.

—Yes… well… from what you told me, it should not have been easy to digest. —The boy answered and then swallowed a big mouthful of saliva with his eyes open to the limitt—.

—So it is…, then I told Aura everything and she later took it upon herself to find out everything, what the people rumored, the arrival of the police and detectives, their investigations, everything. But apparently, we will never know what exactly happened to old Ariete, and who would be the executor of such an abominable death, but I believe, and without speculating, that all the secrets are in that damned wasteland.

This work is under a license of Creative Commons International 4.0 Recognition

I am an Omega member (Ω) in the project @templo, a healing project that aims to support quality content in steemit. Join us delegating a minimum of 100 SP and enjoy the benefits of belonging to our community.